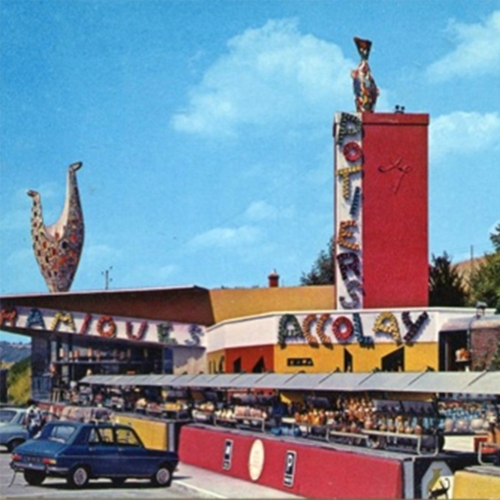 1944 - Four friends leave Paris and the atmosphere of St Germain-des-Près to escape from obligatory work in Germany. They came to the professional college of ceramics in Cluny (Saône et Loire) where Alexandre Kostanda taught them the art of pottery. They started with making ceramic buttons for their own use. At the end of 1945, Christian Dior created his “maison de couture.” He contacted André Boutaud and his friends asking them to make buttons for his new collection along with brooches and pieces of jewelry. The four young apprentices made around 300 pieces. It could have been a “one off” order if the fashion magazines hadn’t published Christian Dior's new collection. After the war, “ceramic buttons” became very much a fashion item. As success came, they decide to find a community and settle on the 26th of October 1945 in an old unused factory in the Village of Accolay in the Yonne department of Burgundy. In the year 1946, more than 3000 ceramic buttons and jewelry were leaving this factory, multicolored and extraordinary pieces, in all sorts of different shapes, animal, vegetal, gold tinted, etc. In 1948, fashion was changing and they started making functional ceramics, decorative ornamental pieces, photo frames, fruit baskets and small ceramic sculptures. A large part of the population in the village of Accolay, worked in the studios and in the sales department. Service stations on the road to the South of France were selling their ceramics and eventually brought more traffic, especially on the N6 and the N7. They continued their success well into the 70’s, up until the petrol crisis.
The adventures of these four young students who became “The Accolay potters” deserve to be remembered for their huge success and the wonderful memories of their 30 glorious years (1945-1975). 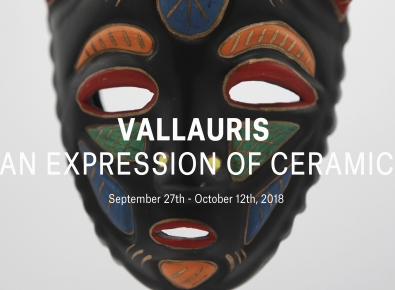