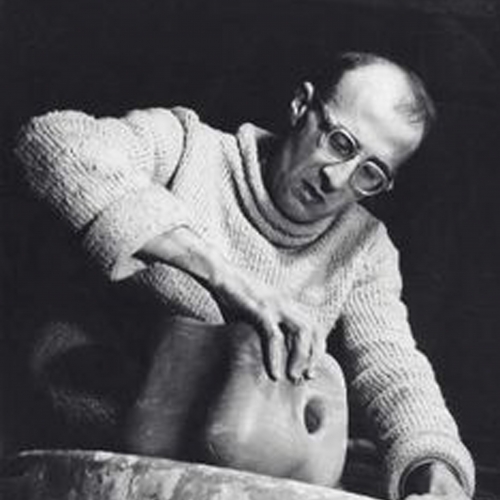 Georges Jouve is known as one of the most important ceramists of the 20th century. He succeeded in modernizing the art of pottery by developing unique techniques motivated by his individual style of sensual and sometimes ironic creations that illustrate a subtle combination of rigor, savoir-faire and imagination. Jouve graduated from the prestigious Ecole Boulle where he received both theoretical instruction in Art History in addition to his technical studies as a sculptor. During World War II, Jouve was captured by the Germans, escaped from a camp and took refuge at his step parents home in a potters village in the South of France called Dieulefit. During that period, Jouve learnt from the local potter's traditions. He created decorative objects modeled in clay and inspired by the religious figurines that were common in that region. In 1944, Jouve opened his studio in Paris and was invited by Jacques Adnet to participate in the exhibitions of the Compagnie des Arts Francais. He subsequently participated annually in numerous 'Salons' in France and internationally: Salon des Artistes decorateurs in Paris, Association Francaise d'Action Artistique in Rio de Janeiro, and Vienna, Toronto, Rome and Cairo. 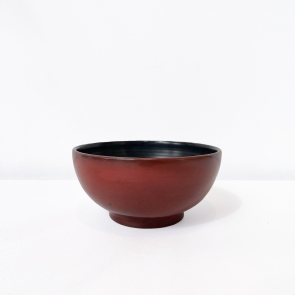 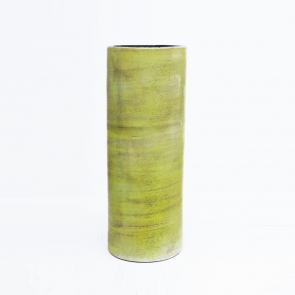 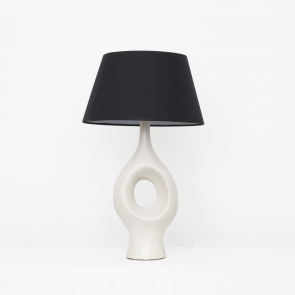 Georges Jouve
Ceramic table lamp, circa 1950 SOLD
Back To Top