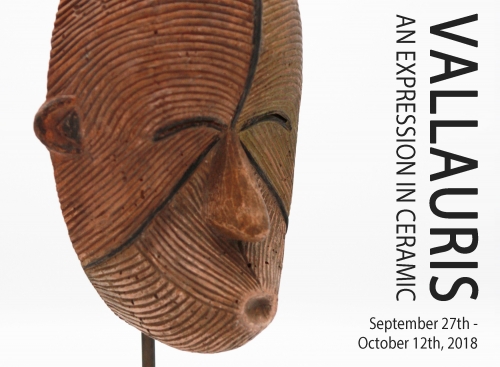 Magen H Gallery is pleased to present a group exhibition titled “Vallauris: An Expression of Ceramic.” The exhibition will provide a critical overview of the pottery culture that was booming during the 1950-1960 in the South of France. The exhibition will be on view from September 27th through October 12th, with an opening at the gallery on Thursday, September 27th, from 6-8pm, along with a walk-through by gallery owner Hugues Magen starting at 5:30pm.

Located along the water in the South of France, Vallauris became a commune that was thriving in the arts, more specifically ceramics, and were abundant with artists’ studios, such as Suzanne Ramié, Roger Capron, Robert Picault, Juliette Derel, Clément Massier, amongst many others. After Suzanne Ramié founded the first Madoura pottery workshop in 1938, a huge influx of potters gravitated towards Vallauris as they were drawn by the natural availability of clay in the area and were intrigued by the culture of the small town. It was a time for experimentation and modernity -- potters did not restrict themselves with traditional practices and methods but emphasized design and imagination. This radical approach to pottery resulted in hand-made expressive mark making and vibrant, highly textured glazes.
Simultaneously, during this legendary golden age for potters, Picasso greatly contributed to the renaissance of ceramics. Following his studio visit with Suzanne Ramié in 1948, Picasso became enthralled with ceramics, as well as linocuts and paintings. He began producing many unique linocut works, one of which will be re-created at the back wall of the gallery.

Along with the various ceramic pieces, the exhibition will also showcase a selection of furniture as well as a collection of unique masks created in Vallauris during 1950-1960. The exhibition will explore the vivacious culture of pottery that still remains till this day.